The thoughtful and dedicated ODL'er

ludzu_alus kindly made available this alphabetical list of real words (aka "paleologisms") already submitted to "One Different Letter" as a reference for anyone who plays the game. I'm going to do my best to keep it up to date.

crotalus_atrox, this is for you. 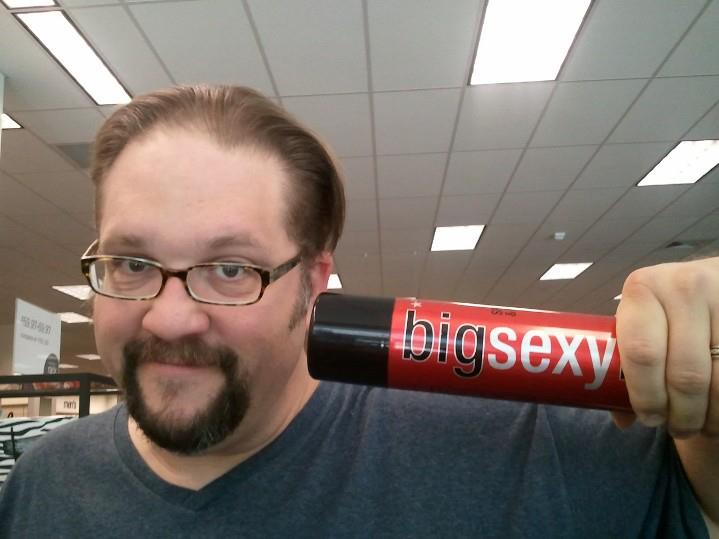 My daughter called me something the other day that just squashed me.

She called me a "stay-at-home actor."

And I thought with horror, "Oh my god. That's exactly what I am."

I know what she MEANT, of course, but it was still a jolt. I AM a stay-at-home actor. I haven't done any acting other than unpaid table reads in months.

What's the best thing about your kids demanding steak and mashed potatoes for dinner (I also made steamed carrots and corn on the cob, as well as grilled green onions for the grownups), only to have one of those kids declare that she won't be eating because she's going to a kid's night out and they're going to have pizza?

If you said "The chance to make that kid feel guilty by quietly observing that, faced with the choice of cheap pizza or a delicious home-cooked meal prepared with love, you'd make a different decision," well, you'd be in second place.

The BEST thing about the above scenario is that the next day you'll have potatoes in the house - which you normally don't - and leftover steak, which you can combine with onions and peppers and eggs and cheese to make a fabulous fajita-style scramble, and enjoy the sight of your daughter's eyes rolling back in her head with the first bite, followed by the sound of frantic fork against plate drowning out the sounds of Nickelodeon.

Just found out that my son, who has the unmitigated GALL to be eighteen (!), was accepted into the college of his choice. Way to go, Chef Jr.!

You know those sayings that tell you how a type of person "does it"?

I want to do one for voice actors. Any ideas?

So far I have:

I know you guys can do better!

Remember, I mentioned a while back that I did a commercial for the local ABC affiliate? Well, here it is! (Warning: topless fat guy.)

I'm on my way to the set of a TV commercial I was cast in! Apparently I beat out a fair number of other fat white guys to get the part.

I've also landed a juicy part in a short film that's shooting next month, and I'm in talks to be one of the main characters in a web series as well.

(I'm going to stay local -- I have no illusions that I'm going to be a big star or anything, I just want to work regularly.)

Had an audition over the weekend that I thought went really well, for a director with whom I've worked before, the feedback was good, they mentioned callbacks would be this week in the evening.

Just realized this afternoon that it's Thursday late, and it doesn't look like I'm going to get a callback after all.